FALLING: A WAKE by Gary Kirkham

Award-winning playwright and Lost&Found Theatre member Gary Kirkham is thrilled to be part of a return engagement of his play, Falling: A Wake.  Workshopped and premiered by Lost&Found Theatre in March 2007, the play went on to have its United States premiere in September 2008 at Stageworks on the Hudson and has been optioned for Off-Broadway.

Falling: A Wake will have a one-week only run at the Registry Theatre April 28-May 2.  Lost&Found will offer 3 performances of the play in June during the Magnetic North Festival at the KW Little Theatre's newly restored blackbox theatre in Waterloo.  Tickets go on sale April 1.  Visit www.lostandfoundtheatre.ca 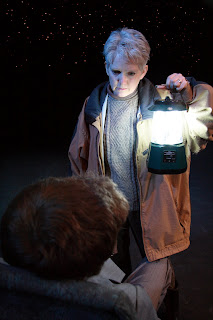 Kathleen Sheehy and Doran Damon Okkema in the March 2007 production of Falling: A Wake